We explored two of the many off-site areas of Eden Project.

As advised by the horticulturist Kev, we walked from Vounder Barn towards the Pineapple parking lot. Amongst other things we saw:

We reached the Wetlands which were overflowing with wildly growing plants such as ferns, grasses and moss. We accessed it via an overgrown nature trail leading to a wooden shed with lots of sparrows and other small birds curiously watching us. We took photos of spiders (one of which was hoarding four snails in her web and did not like us taking photos so we will not post them here) and recorded a gang of birds (sound will follow).

We exited through dead but dense blackberries and on the pineapple parking beyond, we met a beautiful caterpillar (macrothylacia rubi — in German we call it the blackberry moth). Then we crossed the Eden camping site with its yurts and the ocean view to find the Eden orchard.

The orchard (next to Vounder farm) is full of a large variety of apple trees that are joined by the few remaining old-rose-coloured blossom. Bee hives are overlooking the slightly inclining green.

We went to the banalas (banana plants) in the “expats communities in the UK” area in which we already field recorded a few days ago. 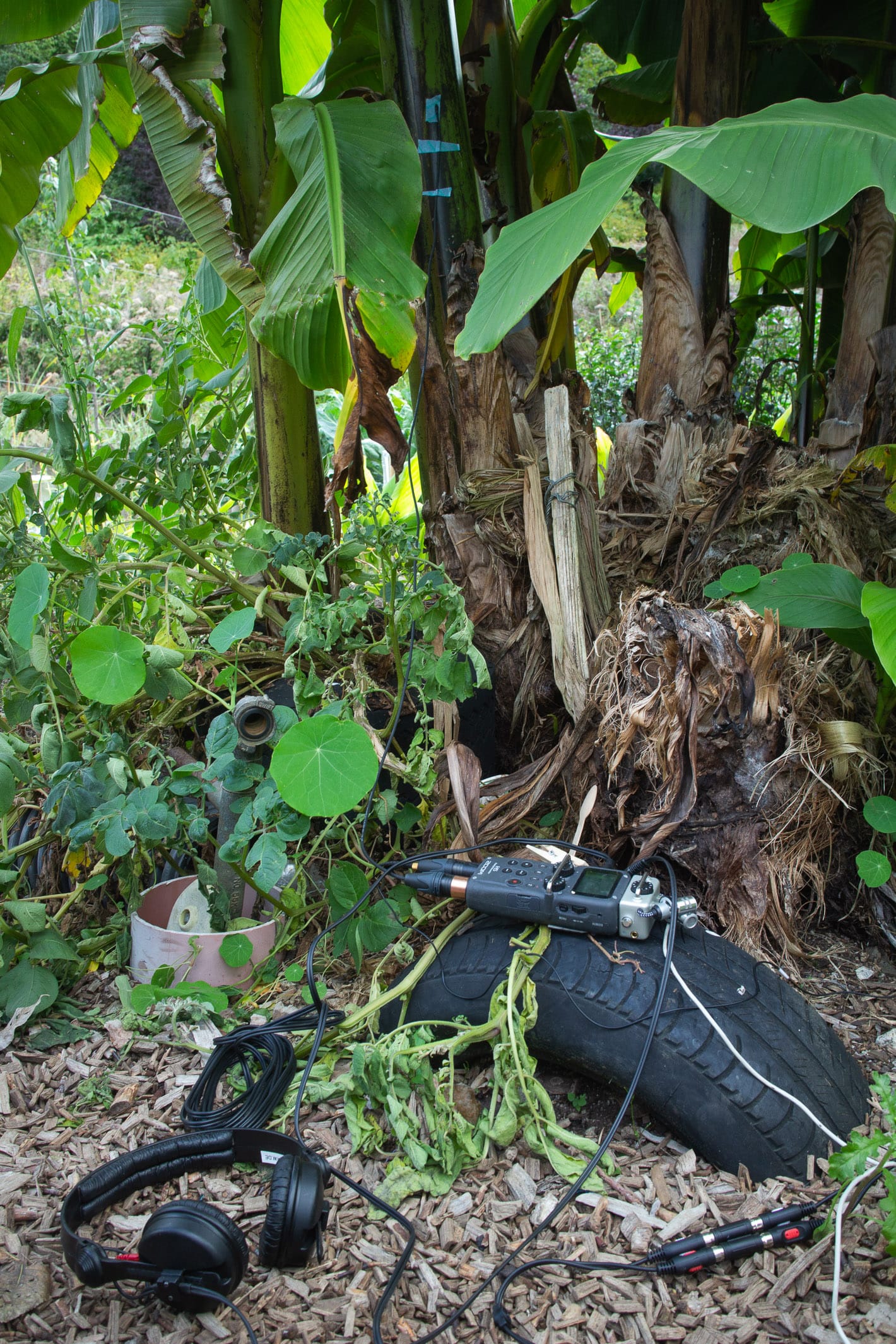 This time, we brought along a linux laptop with SYSTEMS ∿ ENCOUNTER, (contact) microphones and a loudspeaker to experiment with planting some of our computationally generated sounds there.

A curious robin dropped by again. We met him last week at our first recording session at the same spot where he had spent some time with us. Today he brought a friend. Oddly enough, this meant that more birds spent time with us listening than humans: only one young human recognised that we were making sound.

Sadly the robin did not come back for a photo in the evening.