Behind the Core building lie the Spiral Gardens and behind these the Japanese Gardens of Eden. During our afternoon there it was more or less dry and there were neither wind nor sun.
We set up the fielding nodes between moss, blackberries, ferns and ants where they could sense the (changes in) temperature, humidity/conductivity, light of their surrounding. 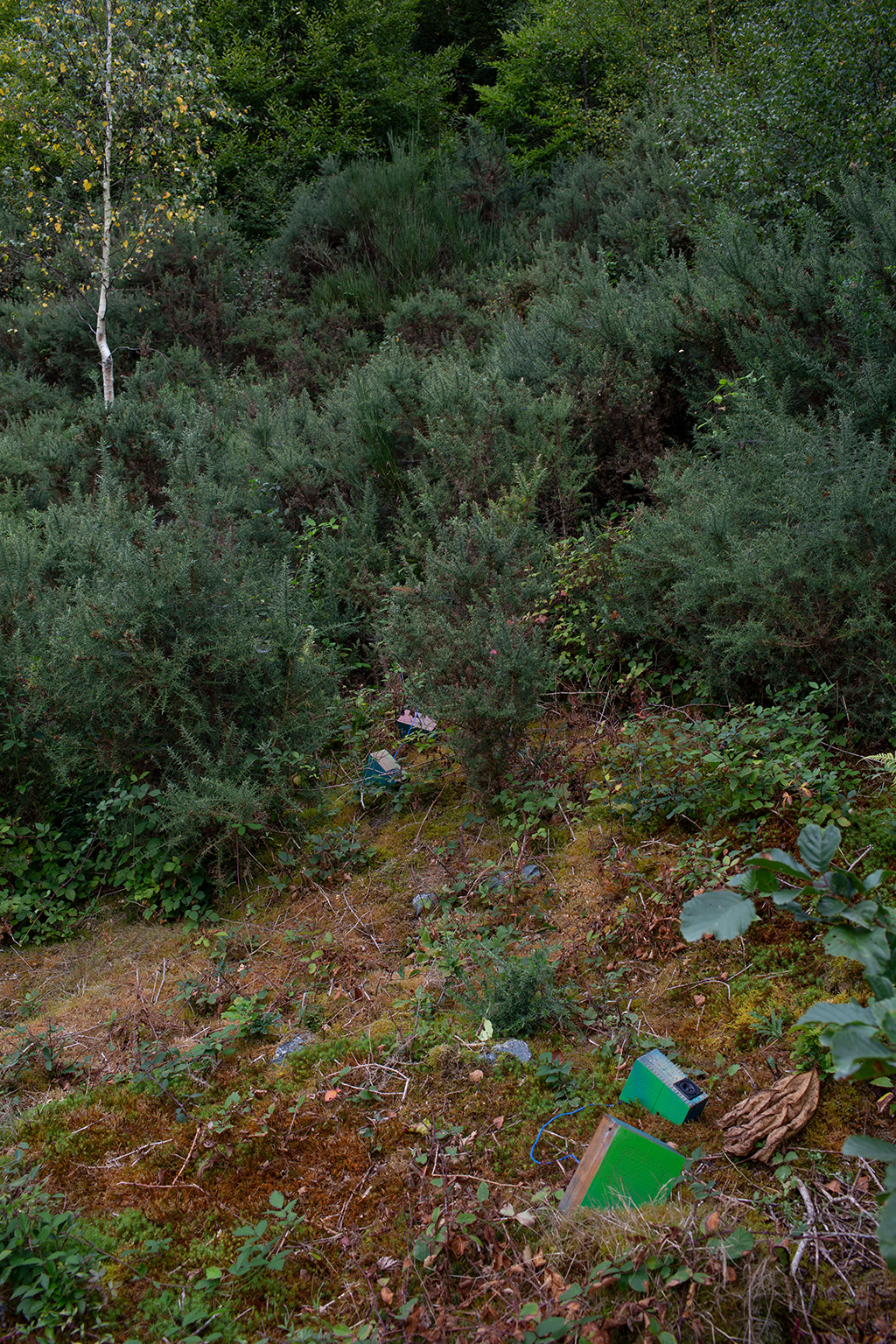 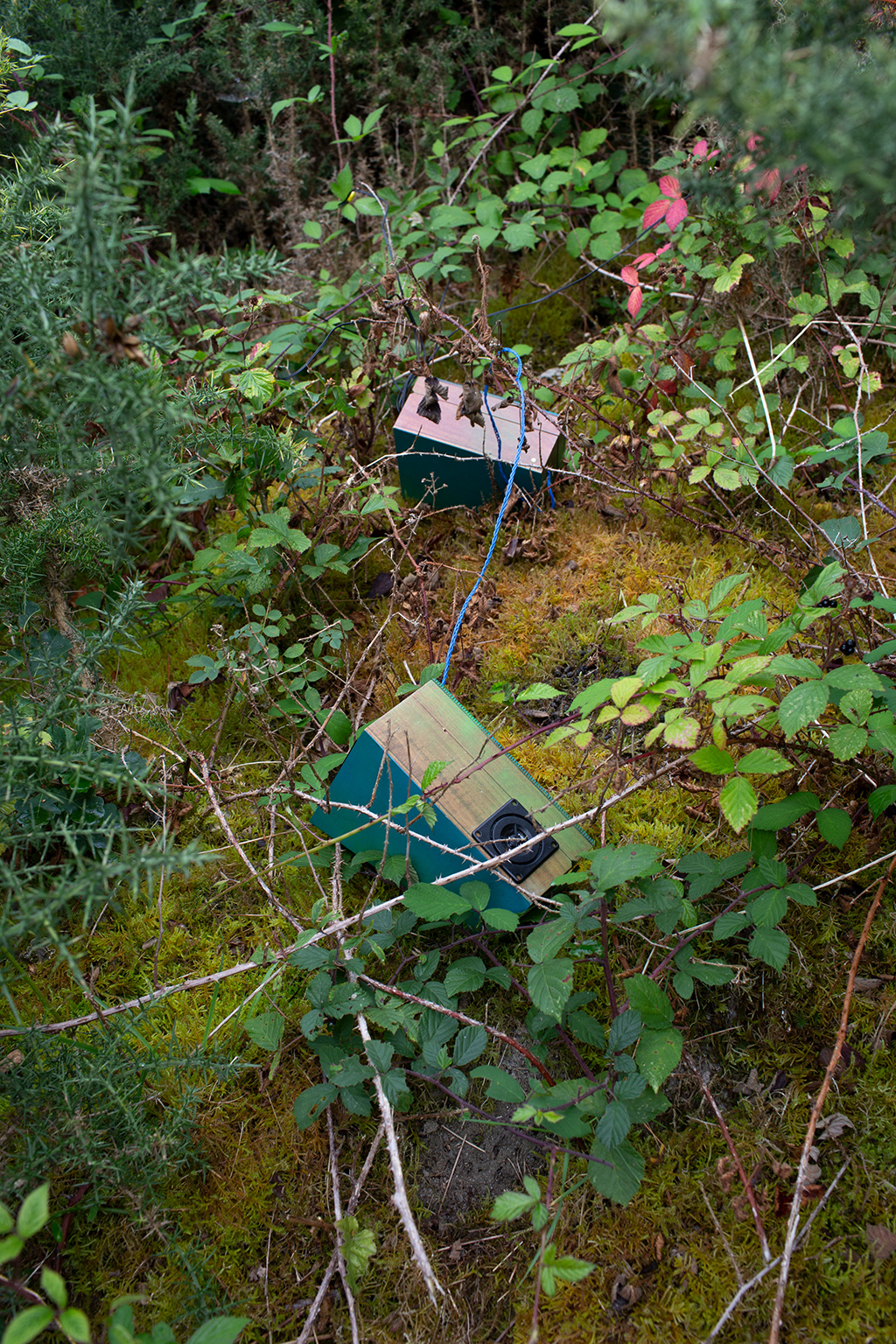 Yesterday we realised that our playing feels restless, today was still similar but a bit slower after all. Slow enough at least to become aware again of the complicated acoustic situation in Eden. It is located in the former mining pit and hosts the hang loose adventure and a land train and is surrounded by car parks and a big street. 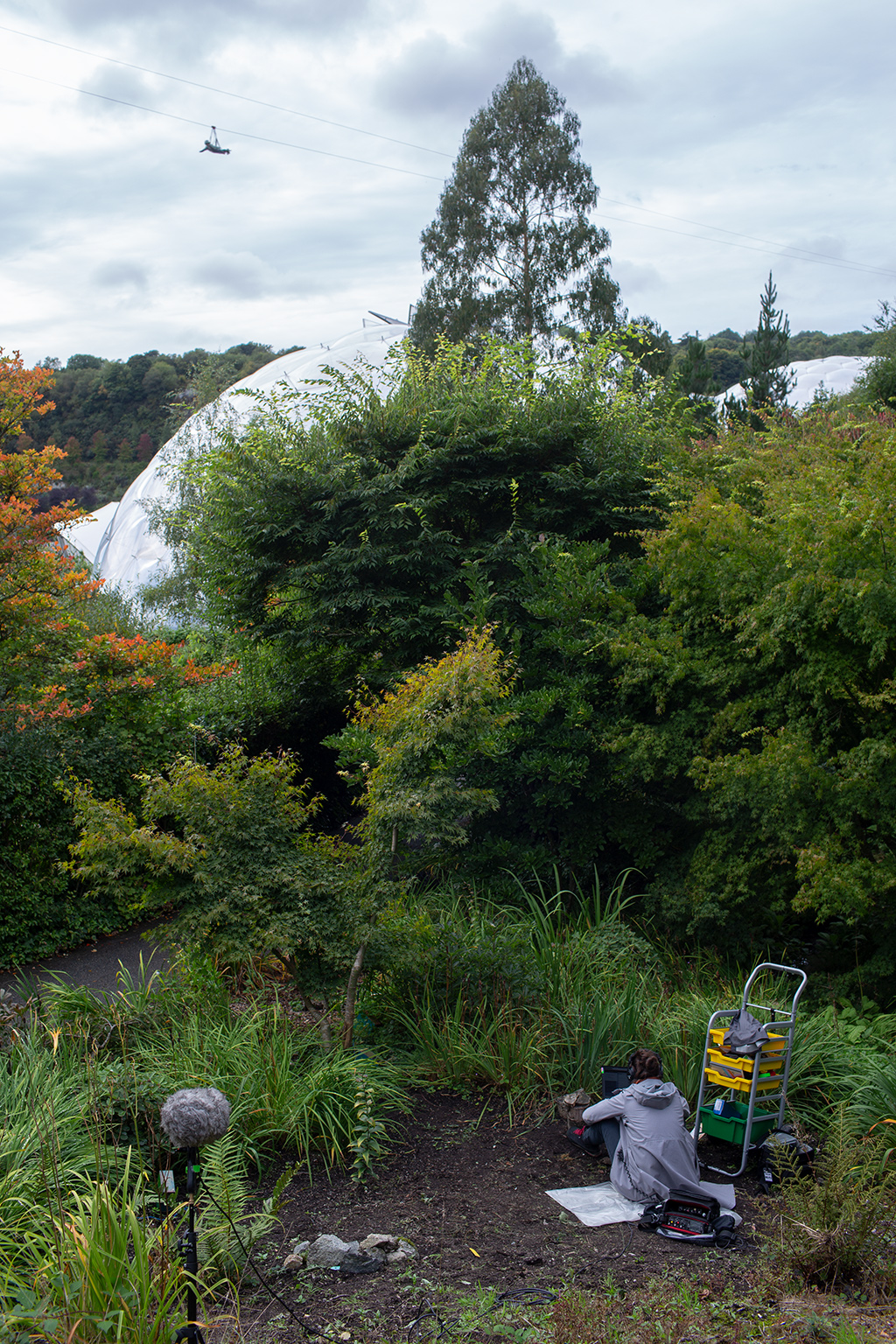 Later that day we went to visit the pond below the hang loose which is pretty much left alone (the pond, not the hang loose, the later is very well looked after). We wanted to make a recording and were a bit disappointed when we realised that the pumps were working. Which is good, it prevents Eden from being flooded – but it’s also loud. Curiously all of the ducks were gathered around the heavily pumping pumps.
The combination of the sounds and ducks that gathered around it must have reminded us of Berlin so we made a techno track.